A Welcome, Wintry Blast From The Past

A Welcome, Wintry Blast From The Past 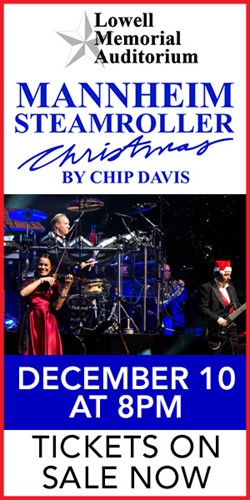 *SPOILER ALERT* When Luke Skywalker swept in with derring-do to save the day during last year’s season finale of The Mandalorian, the Internet was subsequently flooded with reaction videos of otherwise-stolid, implacable adult men breaking into boyish giggles or even tears. It’s a sweet, charming, but also perhaps perplexing corner of Youtube videos to fall down into, one that might cause the hardened cynics among us to wonder - with fair justification - “what’s wrong with these people?”

It makes a lot more sense, however, when you consider a line from 2012’s The Avengers (another conquest in corporate megahouse Disney’s slow but inevitable takeover of global entertainment franchises): “With everything that’s happening, people just might need ‘a little old fashioned.’”

It’s a canny observation about how, in times of catastrophic upheaval and change, it’s not a bad thing to be presented with some safe familiarity or a comforting throwback. When everything else is being turned irreparably on its head, it’s a very human tendency to seek out the terra firma of earlier, happier memories. For those grown men wiping away the odd tear or two, it’s no longer the dark winter of a devastating global pandemic filled with political turmoil and generation-shaking disruption - it’s 1983, and Luke Skywalker is back again to save the day. 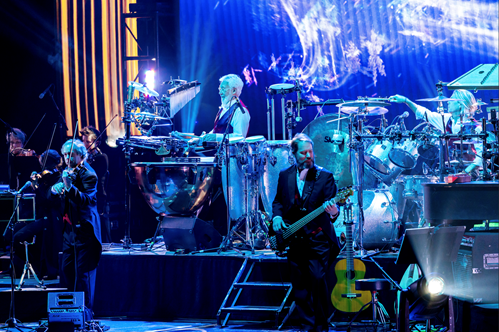 Dress up that nostalgic rush with a festive bow, and that’s the feeling Chip Davis’ Mannheim Steamroller wants to bring to you this Christmas.

Mannheim Steamroller returns to the touring circuit this Holiday season after last year’s Covid disruption, the first time the group was unable to bring some Yuletide cheer in more than thirty-five years of operation. As the number one Christmas music artist in history (outpacing the number two competitor, a little-known fella by the name of Elvis Presley, by almost double the amount of record sales), Mannheim Steamroller wants to leave the pandemic and all the bitter associated memories on last year’s Naughty List without a backwards glance, and reunite with their longtime, multi-generational legion of fans. “At Christmas time, people want to listen to something that is familiar in their lives,” says Chip Davis, the wildly successful creator of the perennial Christmastime staple. “And for thirty-five years, millions of people have grown up listening to our music. It’s comforting to hear something from your childhood – kind of like comfort food. Also, Christmas time is family time, and our music and concerts are all family friendly. We often see three generations attending one of our shows.” Even with Davis, its creator, no longer personally at the conductor’s stand, the group has grown to even more prominent heights than ever due to its longtime foothold in people’s Yuletide traditions, and tours with not one but

two world-class orchestras this year. “It is one of the biggest honors that you can possibly have,” reflects a proud Davis, “to be invited into people’s homes through music, and have them integrate me into their Christmas traditions.”

Mannheim Steamroller steamrolls its way onto the Lowell Memorial Auditorium stage to establish some brand new Christmas traditions at 8:00 pm next Friday, December 10. Tickets are $39-$89, and are available now at www.lowellauditorium.com, or by calling 1 (800) 657- 8774.